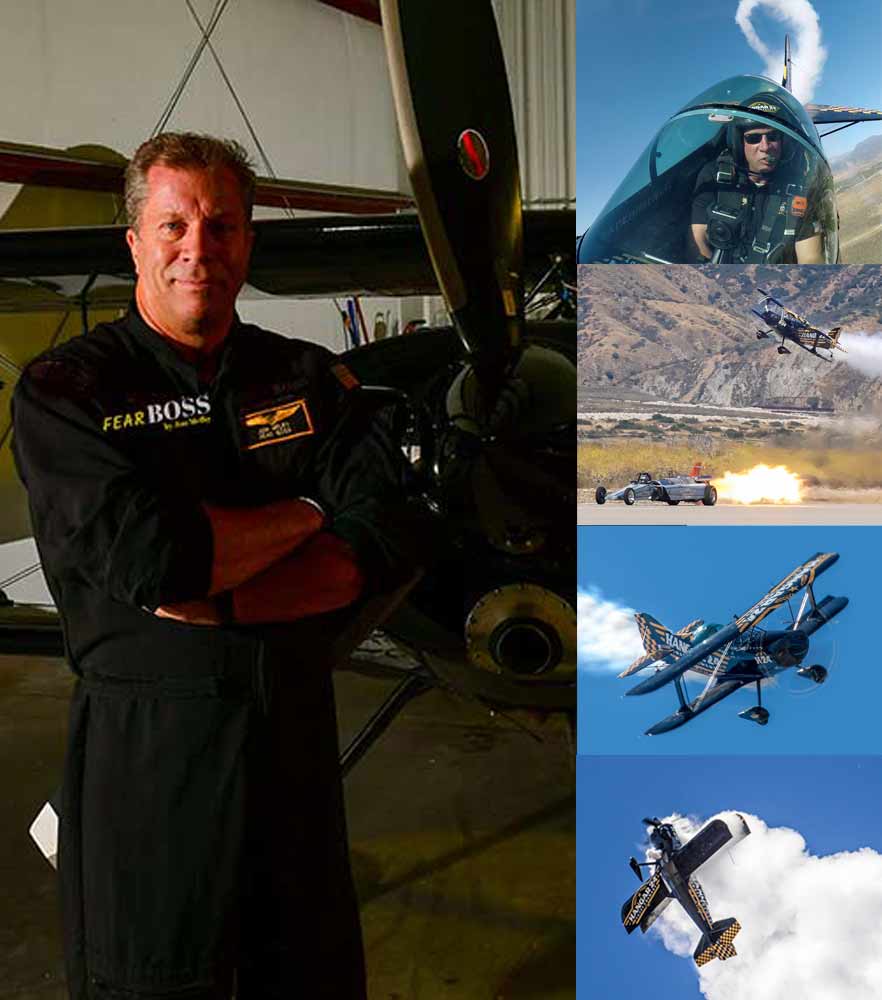 As a veteran airshow pilot, Jon performs at airshows throughout North American since 2002.  It has given him a sense of satisfaction and a life purpose.  Not just because he can demonstrate aerial antics in an airplane.  It’s because he has the opportunity to meet so many people as he travels.

What Jon has discovered more than anything is that people have hope, dreams, and want to simply enjoy their lives.  With this in mind, that is what Jon’s message is to the airshow fans.

Learn to manage your fear so you can achieve your dream.  If Jon can do it, so can you and at any age.

Jon rode his bicycle 40 miles in the Arizona July summer heat to learn to fly a glider. In just 8 flights, Jon soloed in a glider and achieved his dream of being a pilot before his 16th birthday.

While serving in the United States Air Force as a MC-130 Combat Talon Loadmaster (aircrew), Jon bought his first airplane. He sold his car and partnered with a friend on this Cessna 150 two seat airplane. Three weeks later, Jon had achieved his Private Pilots license.

Jon went for a ride in a 2 seat Pitts S2B aerobatic airplane. He always dreamed becoming an aerobatic pilot, but he needed the right people and the right time to make that happen. He loved his first aerobatic ride and then, joined a partnership with four other pilots in that same Pitts S2B

In a matter of 4 months since partnering in the Pitts S2B, Jon went through the entire process to become a competition aerobatic pilot. He received a tailwheel endorsement in a Piper Cub. Received an aerobatic course in a Great Lakes open cockpit bi-plane. Checked out with 10 hours in the Pitts S2B. Then received coaching to attend his first Sportsman Aerobatic Contest.

At Jon's first aerobatic contest in Borrego Springs, California, Jon placed 3rd in his first contest with 23 other competitive pilots. A month later he won the Arizona Tequila Cup contest, a month after that he won the State Championship. He received the highest scoring pilot for that year in all categories

Although competition aerobatics was exciting and fun, it did not fulfill his ultimate dream of becoming an airshow pilot. The track to accomplish that goal was very hidden. Jon didn't know any airshow pilots and there isn't a lot of information out there on what is required. After awhile, Jon learned about the International Council of Airshows and that you have to have an Aerobatic Competancy Evaluator (ACE) review your skills and certify you before you can perform at an airshow. After some training and coaching, Jon received his 500 foot aerobatic certificate which was signed by the ACE and approved by the FAA!

Jon performed in his very first airshow in October 2002 in Winslow Arizona. There, legendary airshow pilot Eric Beard was performing as well. Eric took Jon "under his wing" and helped him obtain additional airshows in 2003 and 2004. Within just 2 years, Jon was a surface level aerobatic pilot. A dream come true!

Jon was previously performing in a 2 seat Pitts S2B bi-plane. However, the performance level of that plane was not where Jon wanted to be. Some pilots prefer mono-wing (single wing planes) however Jon has a classic love for the bi-plane. He sold his Pitts S2B and purchased a Pitts S-1-11B (single seat and high horsepower bi-plane). After several modifications to make the plane ready for airshows, he began the 2005 airshow season in this new plane. It is the same plane that Jon performs in today.

In the course of Jon's airshow pilot career, he as performed at over 220 airshows through out North America. Many airshows in Canada, Mexico, Alaska, the mid-west, east coast, but mostly west of the Mississippi.
Jon has been in several hollywood TV productions as a stunt pilot. He has also appeared in 5 episodes of the Discovery Channel Canada's TV Docudrama called "Airshow".

Today, Jon prefers to perform around 10 to 12 airshows per year. He is a co-owner of LoveJoy Hormone Clinic and is an online coach and social media influencer. He uses the platform as an airshow pilot to explain to others how they can achieve their dream and become a boss of their fears....a FearBoss.

At his website FearBoss.com, his goal is to build several training courses (some are FREE) to help people overcome their fears. 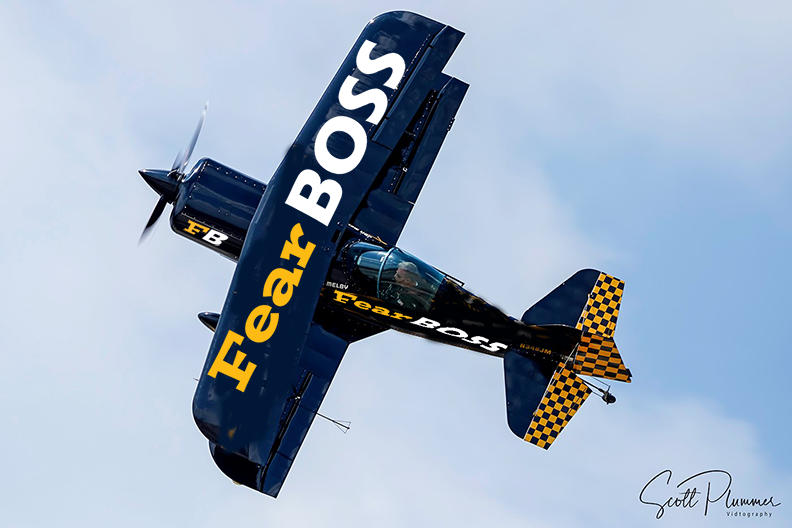 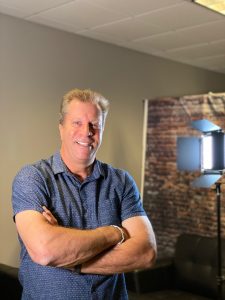 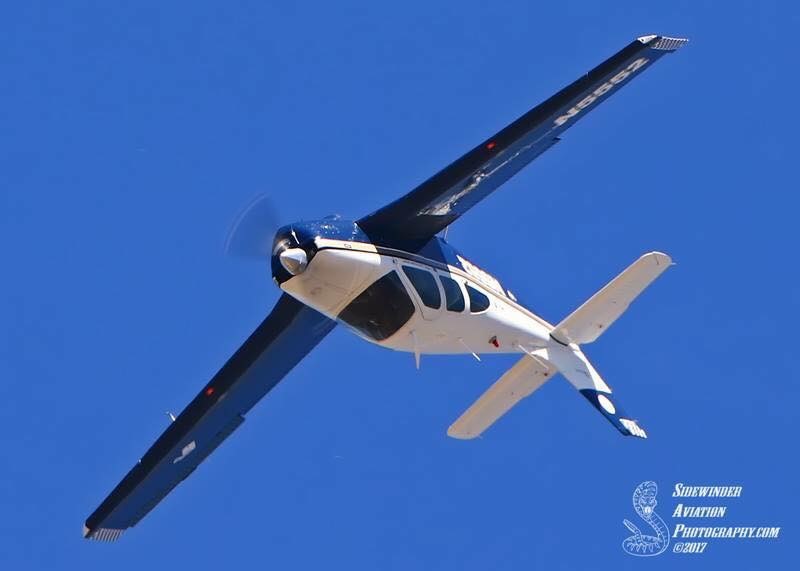 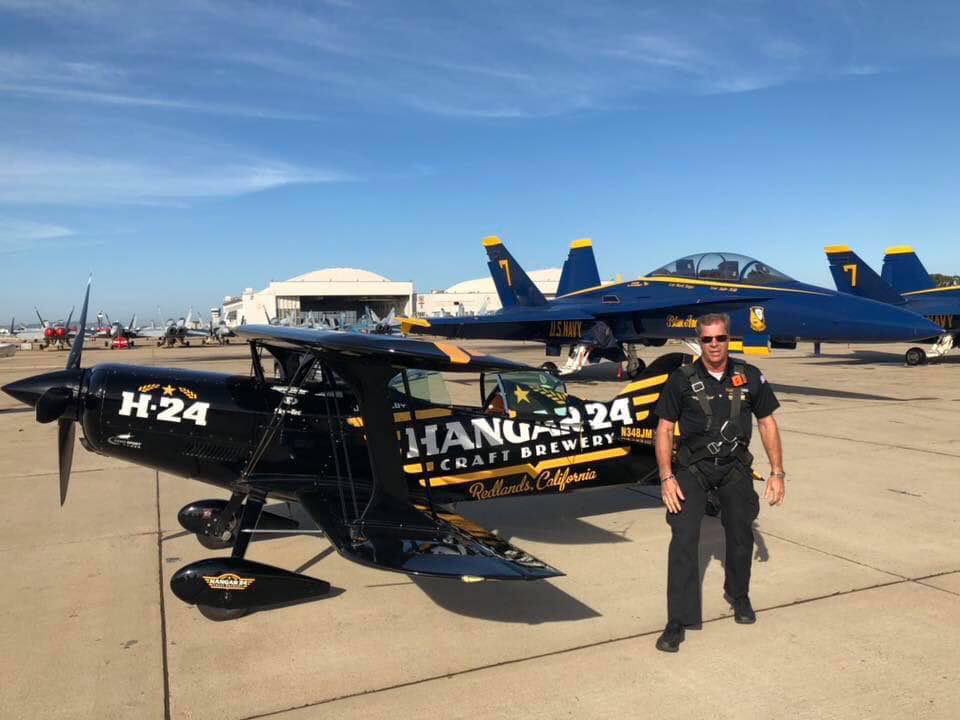